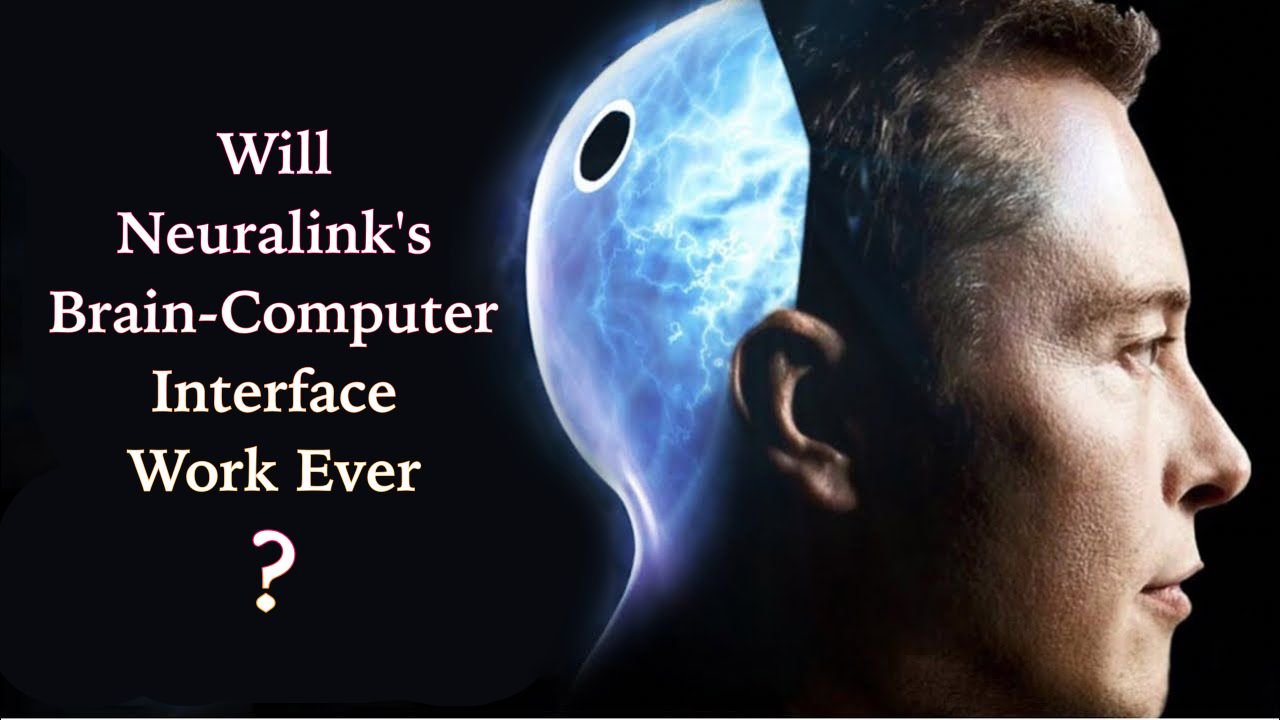 Will Neuralink’s Brain-Computer Interface ever work?: Will brain to computer interfaces be tiny or huge by 2030? At the end of this article, I predict how huge they will be on a scale of one to 10. Elon Musk, the founder of NeuraLink is on a mission to bring the benefits of the brain to computer interfaces to the masses including to people like Raksha Lou, who lost the ability to move her legs after a horse-riding accident.

See if you agree with my assessment of the technology needed that companies, how much there is to love, and jobs. What we need to know about technology is whether it will be solved or unsolved. Capturing brain waves by 2030 is solved.

Raksha’s brain cannot communicate with her feet because of the damage to her spinal cord and so is unable to walk. Elon created a microchip that is capable of understanding what Raksha’s brain is saying.

Every time neurons in Raksha’s brain communicate with each other. They release electric impulses. Elon’s microchip is made of thousands of microelectrodes that are able to listen to these tiny electric impulses. His system includes around 3, 000 electrodes per array that are distributed across 95 threads.

The microchip is then capable of storing these signals for later processing. These measuring devices can be placed on several parts of Rachel’s body. Non-invasive methods place the device on Rachel’s skull.

Alternatively, there are invasive procedures that place them inside her skull or directly inside the brain. Elon only has the approval to experiment with brain-to-computer interfaces on animals. The second technology that needs to be cracked by 2030 is processing brainwaves. This may be solved.

Elon has created a translation algorithm that converts brain waves into binary code. Binary codes are the language of machines. His algorithm needs to distinguish between different brain signals. So it clearly understands users’ intent.

For example in the movement-related areas of the brain neurons represent intended movements. Electrodes near these neurons, they decode the information represented by those cells. There are neurons in the brain that carry information about everything we see, feel, touch, or think.

The third technology needed by 2030 to give us the skill to take action with our brain is may be solved. The interface sends commands to output devices ordering the actions that the user wants.

This eventually will allow someone to command their car using their brain move the gaming avatar with their thoughts or move a robotic arm or leg prosthetic Overall, what do I predict about the technology by 2030?

I predict that there’ll still be a lot that needs to be solved safely and will be at the mid to lower end of the scale.

If all this magic happens, it’s because companies are in the ring taking the daily knocks that come with getting anything new off the ground. If it’s going to be you we’re going to find these already unicorns. Startup companies worth more than a billion dollars and really active big corporates doing lots.

The company Neuralink is well on its way to becoming a unicorn with an evaluation of half a billion. Elon Musk’s CEO has added so much impetus to this area with his microelectrode implants.

He aims eventually to implant a computer chip roughly the size of a large coin into the human brain via robots the chip which Neurolink calls the link will wirelessly connect the brain to the digital world starting by connecting to a smartphone.

The resulting computer power according to Musk will allow humans to be broadly competitive with rapidly developing AI. I created NeuroLink specifically to address the AI symbiosis problem which I think is an existential threat Musk said. In the nearer term Musk expects Neuralink to help with depression, memory loss, and paralysis.

Neurable is another company fighting in the ring to make it all happen. Ramsey’s arcade, founder of Neurable got into brain-computer interfaces as a kid after his uncle lost his legs in a trucking accident.

Arcade sees neurotechnology built into a pair of headphones as the first step towards a brain-computer interface for consumers based on non-invasive EEG technology. Think about stopping, starting, or skipping songs with your mind without ever touching your phone.

Neurable created the first mind-controlled virtuality games that new headphones will monitor users’ brain activity showing how and when their brain works best, minimizing distractions of maximizing the focus.

Colonel is focused on brain-computer interfaces to help with mental conditions and memory problems. It’s researching neurological diseases and dysfunctions such as Alzheimer’s and Parkinson’s. Its sound ID software can tell what song a person is listening to just from brain data, a sort of shazam for the mind.

In a demonstration, DJ Steve Aoki tried one of Colonel’s helmets and he said, “Yo, this thing is unbelievable, I’ve never seen anything like this before”. Colonel’s brain interface could decode what I was listening to in a real-time, killer job.

There are a number of corporates that are active including Facebook and Darpa. Facebook acquired New York-based control labs for over a billion dollars. His special bracelet allows you to control virtual avatars with brain activity alone.

DAPA is investing heavily in the neurotech industry. DAPA is the US defense advanced research projects agency. It has a brain initiative spanning eleven major projects with 3.2billion dollars in funding secured through to twenty twenty-six.

So looking at these companies, what does it tell us? There are plenty of startups though no unicorns and there are not that many active multinational companies. It all points to it being at the lower end of the scale by 2030.

The brain is a highly complex organ. Sometimes we ourselves are unable to understand what goes on in our minds so it is unrealistic to expect man-made interfaces to correctly interpret all our brain signals. It will sometimes misinterpret the user’s intentions.

For instance, a disabled person with a prosthetic who actually wants to grip something but it doesn’t do it properly could easily happen.

Elon’s plans involve the installation of microelectrode implants directly into our brains. Such procedures as any surgery are inherently risky. Death or permanent disability is possible.

Looking at all the things there are to love and not love about the brain to computer interface. They point to it being at the middle of the scale.

Next, jobs. If it’s going to be huge, then there’s going to be lots of jobs hired and fired. It may sound but if this works really well, disabled carers will be fired because people will be able to help themselves more.

On the hired side, Elon’s NeuroLink has 41 job vacancies listed on LinkedIn at the time of POSTING. Do any of these roles interest you? Neuroscientists, mechanical engineers, electrical engineers, software engineers, robotics engineers, and pathologists. It’s well worth looking at LinkedIn if you’re interested in getting a job in the brain, computer, interface sector.

Thanks for reading till the end. Comment what’s your opinion about this information “Will Neuralink’s Brain-Computer Interface ever work?“.

2 thoughts on “Will Neuralink’s Brain-Computer Interface ever work?”