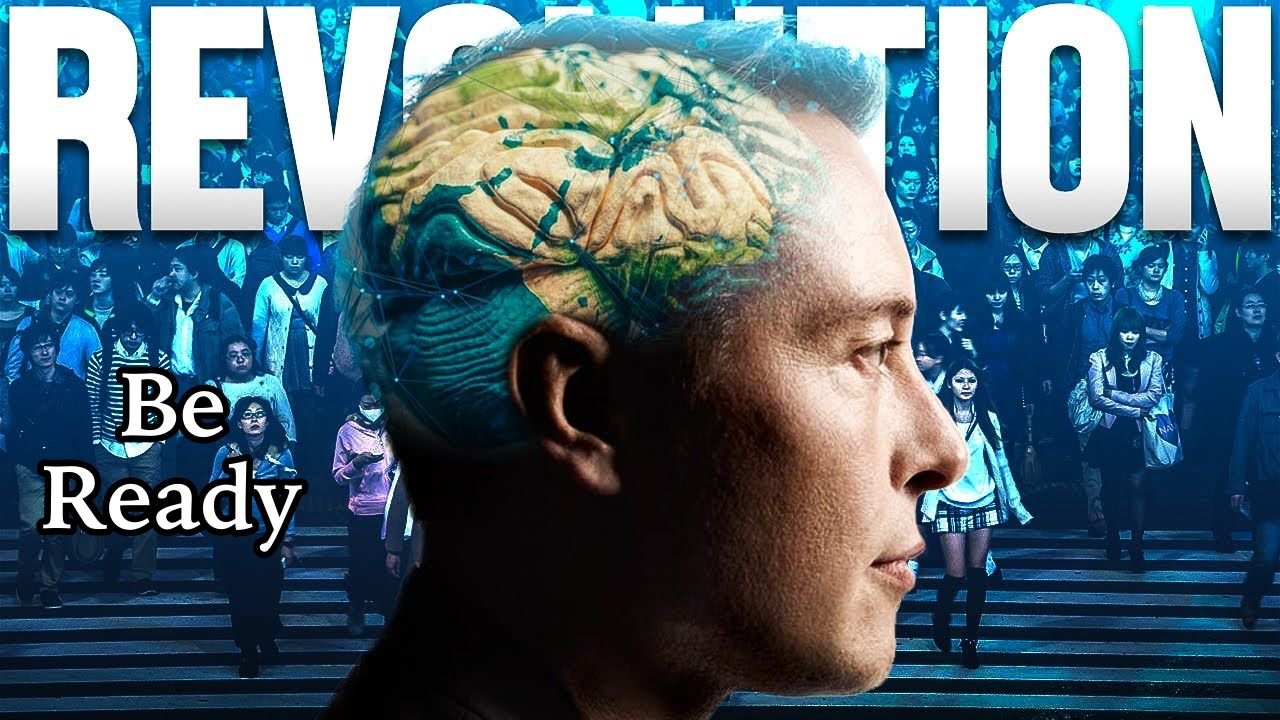 This Is How Elon Musk Will Take Control Of Your Brain: What if Elon Musk told you that you could store your memories as a backup and then download them into a robot body. Sounds like science fiction to you, Well believe it or not it’s true and he has already launched a company called Neuralink to pursue this futuristic goal.

But how does it work and how exactly is Elon Musk going to pull this one-off. Well, we’ll answer these questions and take a deeper look into Neuralink and how it could change humanity forever.

The Neuralink is a small brain implant that will generate and manipulate neurons in your brain to cure health problems like addiction, blindness, depression, and other various brain-related problems.

It can also use Bluetooth technologies to connect your mind to devices such as smartphones. Elon defines the Neuralink as access to all aspects of your brain in the demo. The Neurolink controls and alters pain fear sight smell hearing and other senses.

He’s confident that This Neuralink can alleviate Alzheimer’s, anxiety, autism, and almost all other mental health issues. Not to mention that this could be a breakthrough in neuroscience and understanding the complexities of the brain.

All of our senses are electrical signals transmitted to our brain by neurons but sometimes the signals are not wired correctly. Neuralink wants to rewire the circuits so that the paralyzed can walk, the blind can see, the deaf can hear, as well as treat other neurological disorders.

As far-fetched as this concept may appear it has actually been developed and is being tested in animals such as pigs. Elon brings out some pigs in the demo to show how they are doing with the Neuralink.

One of the pigs has had Neurolink implanted in its head for roughly two months, the pig is in good health moving around energetically, drinking water, and even running on a treadmill. While elon did not specify what the Neurolink is doing inside the pig’s head, neurons are being delivered from the Neurolink into the pig’s brain.

The second pig was also implanted with and removed from the Neuralink. According to Elon the pig was healthy moving about the same way as he did before receiving the Neuralink.

This pig demonstrated that you could do so safely if you needed to remove or replace a Neuralink. Overall the pigs didn’t accomplish much but demonstrated that insertion and removal of the Neuralink are safe and it’s a good start.

The company has previously released the 87 accuracy results of testing this technology on pigs, monkeys, and mice and the wait for human trials has begun.

In fact, the company was supposed to conduct human experiments around the beginning of 2020 however it is happening later than ever.

But recently Elon Musk announced that “Neuralink could start implanting chips in humans in 2022”.

For More Read This: Neuralink could start implanting chips in humans in 2022

Much of this could be credited to the company’s extraordinary vision which combines AI with human brains to tackle some of the most complex brain illnesses. Nonetheless, the main point is that the business is building a bridge to allow direct communication between human brains and machines and a symbiotic relationship.

And with Musk’s claim of demonstrating neurons firing, it has a lot of potential in terms of bringing out the features of this technology. The prototype differs from the latest version in that it requires an external earpiece whereas the latest version depends solely on the chip implanted in the skull. It’s like a Fitbit in your head but with tiny wires.

The electrodes are represented by wires or threads that are 10 times thinner than human hair. The electrodes determine what is going on in the brain by analyzing the signals provided by neurons and activating as many neurons as possible.

The most recent version of Neuralink has over 1 000 electrode channels with the potential for many more in the future. Also, the threads are thinner and more flexible, lowering the chance of penetrating blood vessels and perhaps causing disastrous damage. But that doesn’t mean humans are capable of the precision required for surgery when it comes to implanting the Neuralink.

Elon is certain that the only way to accomplish it effectively and safely is through automated robotic surgery because human mistake is not an option. While placing the Neuralink they are also developing robot surgeons capable of removing and inserting the Neurolink. Robotic surgery was used in the pig’s test trial according to Elon.

The latest version has about a thousand channels which is way more than any current technology device such as iPhone, It has an all-day battery life that can be charged overnight with a wireless charging device.

Elon claims that you would charge it similarly to how you would charge a phone. According to Musk, the battery can be charged while sleeping possibly, while wearing a nightcap, although it may not look exactly like this one, also like at iPhone over time.

There will be an upgraded version of the Neuralink produced after launching the first Neuralink.

The Neuralink system will shed light on many brain functions, the result of this project is “You will have a better understanding of how the brain works, you can already guess how much information search and processing will improve and you can now make quick decisions after analyzing every visual message”.

Human decision-making processes will undoubtedly change and this will have an impact on behavior with enough electrodes in the right places.

This device can also unlock untapped creativity. You could also begin to tap into those basic concepts you’re thinking in your head. In this age of information, humans’ desire is never fulfilled regarding knowledge but this device will be capable of storing memories as repositories.

Oe may go revisit a memory and change the mood on-demand mental conditions such as dementia can be easily handled if this is broken. One of the team members present at the event discussed how pain is the root of all human misery.

Today there are numerous illnesses that can cause a variety of discomforts, treatments can also be unpleasant. When this suffering is alleviated in some way our perspective on diseases changes dramatically. Neuralink systems could also play an important role in this.

The main question now is whether or not this concept is actually achievable contrary to popular belief. Neuralink has the potential to accomplish this, of course, we’re still years away from having a fully functional one but it’s a start.

Tesla was not always the fantastic company that it is now but before elon became CEO the company was on the verge of bankruptcy. Yet Elon saw tesla’s vision and turned it into one of the world’s most successful automobile companies.

Elon’s established himself as a highly ambitious and accomplished individual many others say he’s spreading himself too thin or attempting to do too much at once. With Tesla, Spacex, Hyperloop, and now Neuralink it’s easy to think that he’s being unrealistic.

However realistic people don’t change the world he’s clearly not wasting time and creating his vision. And he’s already created a prototype. Elon has already proven that he’s way more capable of chasing his dreams and is important to remember that he’s not alone.

He’s hiring hundreds of neurosurgeons, software developers, engineers, and everyone else that he can find to help him achieve his goal. He’s not going to be doing it on his own so he certainly should not take all the credit.

We can’t deny that the age of Artificial Intelligence is coming, Musk told everyone that this is essential to figure out how to coexist with advanced artificial intelligence and establish AI symbiosis.

One day the chips will have medicinal uses including a list of all problems that their chips might potentially solve memory loss, depression, epilepsy, and brain injury have all been presented as illnesses that generalized brain devices like the Neuralink could help.

The bottom line is that if Neuralink becomes a reality it will change humanity forever so what do you think of Neuralink, let us know in the comments.