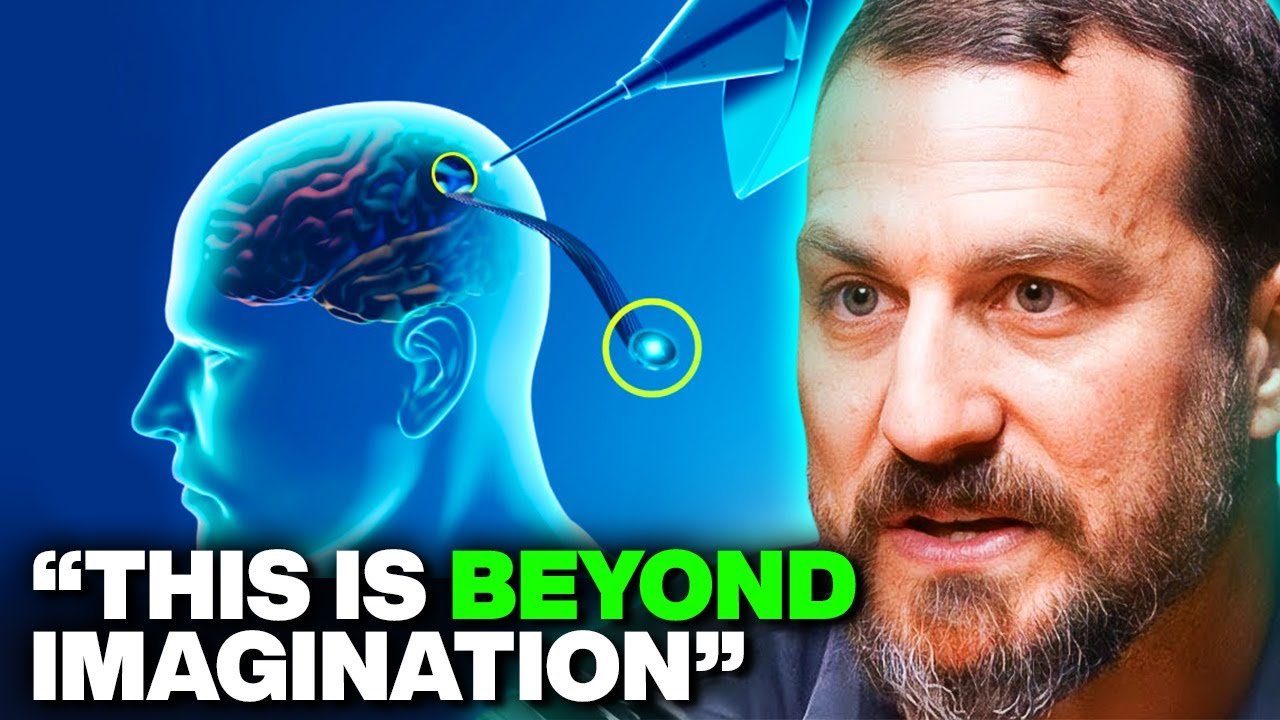 What Neuroscientists Really Think Of Elon Musk’s Neuralink: Elon Musk, the Maverick entrepreneur that brought self-driving electric cars and reusable rockets has changed the space industry for everyone including Nasa as one of the hardest-working CEOs on the planet.

Most people would not bet against him when he sets out to solve yet another of humanity’s problems. So, when Elon Musk announced his new brain-computer interface company, NeuraLink in 2016, Neuroscientists and biotechnology experts had mixed feelings. Will new venture work and what do they think of Neuralink today?

The company has received a whole range of reviews with some scientists hailing it as the next big break and others claiming that Neuralink is making promises it cannot deliver but most experts believe that Elon Musk is on the right track.

In a video interview during the Wall Street Journal’s CEO conference, Elon Musk said that he did not want to raise hopes unnecessarily. Still, he was increasingly confident that Neuralink implants its first devices in human subjects by 2022.

He said that the company’s standards for implanting the brain chips were higher than the FDA requirements and he was confident that the chips would help paraplegics and quadriplegics restore full body functionality.

NeuraLink also claims that their brain implant chip will have the medical applications necessary to solve a wide range of neurological conditions including depression, memory loss, seizures, and traumatic brain damage.

In a tweet, Musk boasted that the chip would soon enable paraplegic and tetraplegic people to use their brains to control a smartphone faster than anybody using thumbs. He went on to add that the chip will eventually completely heal the paralyzed and restore the use of their limbs.

He also said that the brain surgery needed to implant the chip would be done extremely quickly. In a New York Times interview, Elon Musk revealed that one of the reasons he founded Neuralink is to give humans a fighting chance against AI which he considers an ex existential threat.

Musk believes that we stand a better chance of keeping up with AI if we join the singularity and rely on our creations for learning. In the same interview, he laid out the threat in bare terms. AI does not need to hate us to destroy us.

We would roll over an anthill that’s in the way of a road. You don’t hate ants. You’re just building a road and the potential for intelligence in computers is far greater than in biology. Even though AI poses a threat to humanity, we’re not sure that allowing AI into our brains is the best way to avoid having machine overlords in our future.

In April 2021, NeuraLink released a video of Pager, a monkey. Using the brain-computer interface chip to play a video game using only its mind. The company said they had implanted two chips into Pager’s brain that transmitted electrical signals through an electro device for decoding and calibration to predict Pager’s intentions.

Pager needed only six weeks of practice to learn to control the game’s controls by thinking about moving a hand up or down to control the paddle in pong, the classic 1970s video game. As we’ll discuss, Neuralink’s demos have received mixed reactions from skeptics.

In August 2020, Neuralink finally showed the world the progress they had made on their brain-computer interface. Many people were not impressed. In a YouTube live-streamed event, Elon Musk led a presentation that unveiled the latest developments from Neuralink.

The presentation was a demo featuring pigs that were implanted with a neuralink chip. A link chip is just under one inch wide by 3 inches tall and connects to the brain using wires. The chip provides a battery life of 12 hours for each charge and it can be wirelessly recharged.

The demo showed the real-time spikes of neurons firing in the brain of a pig named Gertrude as she moved around her pen during the event. It was designed to demonstrate how far Neuralink has progressed in making its scientific objectives a reality.

Unfortunately, it mostly got skeptics talking and again, questioning how much of their ambitions for the link are still in the scope of science fiction. Speaking to Inverse, Ralph Adolfs, a professor of psychology, Neuroscientists, and Biology at the California Institute of Technology said that Neuralink’s announcement was a huge technical achievement and tremendously exciting.

He called NeuraLink a good example of technology outstripping our current ability to know how to use it. Adolf compared the chip to the natural processes which emerged through evolution and explained that we would change from interacting with the world using our hands and mouth to using the link to execute specific actions.

In another interview with Inverse, John Krakauer, professor of neurology at Johns Hopkins University and the chief medical and scientific officer at MindMaze revealed that humanity is not even close to consumer-level linkups. He said, let me give you a more specific concern.

The device we saw was placed over a single sensory-motor area. If we want to read thoughts rather than movements, where do we put it? How many will we need? How does one avoid having one scalp studded with them? No mention of any of this of course.

Crackhour argues that even if Neuralink was capable of the objectives that it has mentioned, there are still plenty of potential non-invasive solutions that can help people with the same conditions that Neuralink aims to treat. Even in a movie setup, getting brain surgery to cure depression seems insane.

He expressed concerns that the cool factor clouds people’s critical thinking when evaluating what NeuraLink offers. He also expressed concerns about Musk’s intentions to take a link beyond medical applications by using it to create a symbiotic relationship between humans and computers.

He finds these ambitions to use link-ups to help humanity keep up with sophisticated machines as a serious ethical problem. I would like to see less unsubstantiated hype about a brain Alexa and interfacing with AI.

Crackhour says the argument is if you can’t avoid the singularity, join it. I’m sorry but this angle is just ridiculous. Well, you do not need to worry about being wired into the matrix just yet. Even though Elon Musk claims that they’re close to making a general-purpose link up for people with no disability.

In a 2017 interview titled Wait By Why. He projected the development of such a link by 2027. Currently, Neuralink is focused on developing a medical linkup that will cover as many medical conditions as possible.

Neuralink aims to deliver the link as a medical device before releasing it as a general-purpose implant. The medical implants are expected to last at least 10 years, but it will be quite some time before general-purpose consumer linkups are available.

Other scientists are convinced that NeuraLink cannot deliver the promises they have been making to patients with various neurological conditions.

For example, Kevin Tracy, the president of the Feinstein Institutes for Medical Research and the Neurosurgery professor told the world that he does not believe that any of the diseases NeuraLink claims to be on the verge of healing would find a solution in the next 10 years.

Tracy explained that Neuralink will only function as a brain link puzzle and will focus on three scientific areas. Besides the device itself, NeuraLink will use molecular medicine which is crucial to finding brain targets.

And lastly, Neuroscientists is essential to understanding how the pathways control the target. All fields will have to advance significantly to achieve NeuraLink’s dreams. That being said, Tracy is not completely negative about all of Neuralink’s prospects.

He believes that Neuralink’s small chips would help avoid any brain scarring problems caused by larger devices during surgeries.

According to him, the significant benefit that Neuralink offers is shining a spotlight on the brain-computer interface industry. However, he emphasized that the area of research needs more attention because there was nowhere near enough funding given to it another neuroscientist named Amy Eskridge called out Elon Musk on Twitter about some of the glaring challenges that face Neuralink’s popular link device.

Musk quickly responded and assured me that his team has already addressed both issues. On top of that, he also tweeted about Neuralink. On July 18th, 2020, Musk wrote, if you solved hard problems with phones, wearables, ceilings, signal processing, inductive charging, power management et cetera, please consider working at engineering@Neuralink.com.

The first issue that Eskridge raised was the constant energy transfer causing a heat build-up in the chip. She believed that the chip would overclock the brain. Musk responded that the chip has inbuilt sensors that automatically maintain a safe temperature.

He explained that the implanted chip is designed to read electrical signals in the brain. The embedded wires intercept the signals originating from the brain and transfer them to a computer extension. It then transfers processing to the supercomputer extension of your brain.

This is basically what you do when you use a smartphone or computer but a Neuralink will be orders of magnitude faster for both input and output. Eskridge was also worried about a CSF leak in the devices due to the impact of increased electrical activity in the brain in an attempt to absorb the extra heat generated by the chip.

Usually, a typical CSF leak is caused by traumatic injuries. Among other reasons. Something like a CSF leak can cause complications like hypersensitivity to light and sound, nausea, and headaches. But Musk assured that since the potential of the Neuralink chip overheating was ruled out so was the potential of a possible CSF leak using the device.

All in all, Elon Musk is confident that Neuralink will transform communication as we know it. Regardless of whether experts are for or against it, Musk is the kind of person to push for a project until he successfully completes it.

Thanks for reading till the end. Comment what’s your opinion about this information “What Neuroscientists Really Think Of Elon Musk’s Neuralink“.