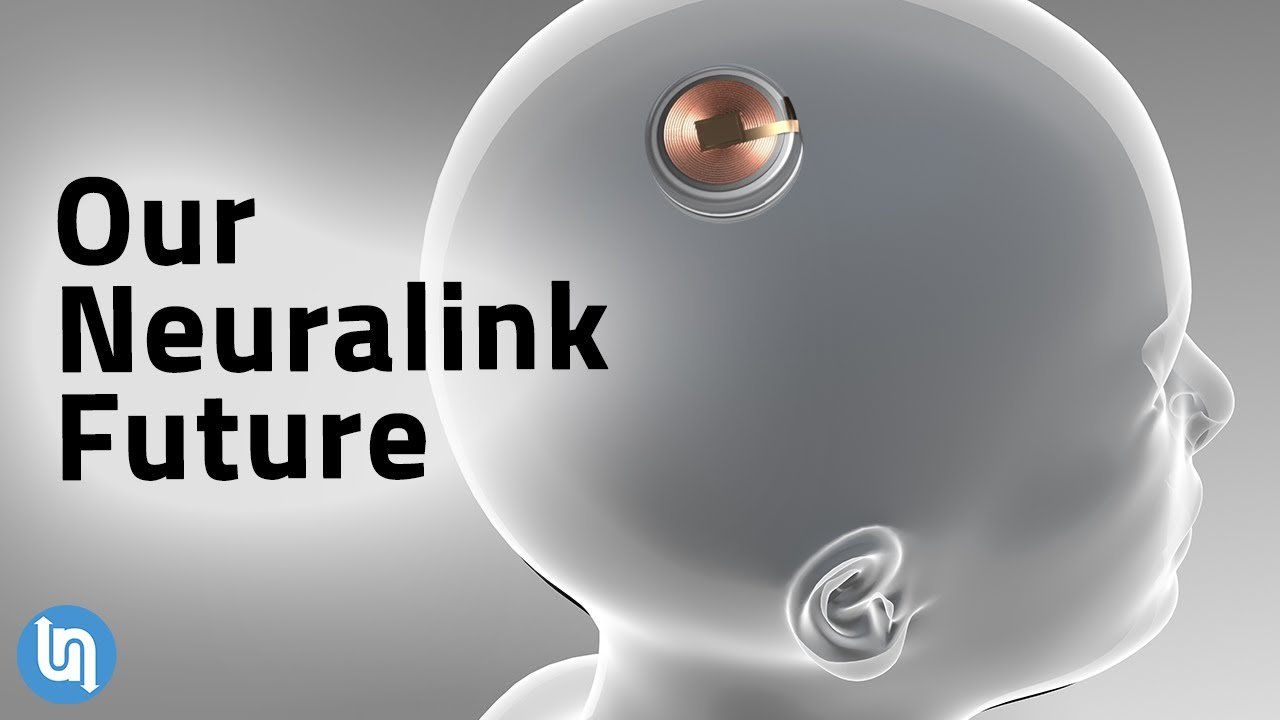 Are We Ready For Elon Musk’s Neuralink Future?: Imagine a world where blindness and deafness can be reversed or never forget names, faces, or dates? With the power of the brain capable of being enhanced, we are able to unload memories and correct human melodies. This is what Elon Musk and the team at NeuraLink are preparing to do, but is this the future of humanity or just a dream? Let’s take a look.

So what is Neuralink? Well, this is a company focused on building a kind of brain-computer interface, or BCI. Which can have many different names and classifications but it all boils down to creating an interface that can read and interpret the signals given by neurons in our brains.

This type of research dates back to 1924 when Hans Berger, a German psychiatrist, used electroencephalography, or EEG, to record human brain activity. This is a procedure that uses electrodes to measure the electrical activity of the brain.

The first tests were probably a little uncomfortable because they put wires under the patient’s skull to make the recording. Thankfully, these were later replaced with silver foil on the outside of the head.

But imagine how those first patients felt when they discovered that by 1973 the term BCI was coined by UCLA professor Jacques Vidal. In a 1977 experiment, he was able to use the EEG to control an object on a computer screen and move it around a maze.

Since that time there have been vastly different approaches and advances in the way the brain reads signals. Such as being able to map motor cortex neurons to control a robotic arm that was demonstrated in the 1980s with rhesus macaque monkeys.

And in research at the University of California Berkeley in the late 1990s, they were able to reproduce the images seen by cats by sensing their neuron activity.

In the early 2000s, 16 patients received a second-generation visual cortex electrode implant to partially restore the ability to seize shades of light. So you can begin to see why so many people are excited by BCI research.

There are three basic forms of BCI: Invasive, Partially Invasive, and Non-Invasive.

Electrode implants attached to the visual cortex would be considered Invasive. Partially Invasive occurs when an implant is placed inside the skull but remains outside the brain and does not penetrate into it. And something like an EGG that attaches to the outside of the skull is Non-Invasive.

On that scale, Neuralink would be considered invasive. But how well does it all start with the NeuraLink link which is a sealed device that is millimeters in diameter and eight millimeters long?

Inside is a tiny computer that processes and transmits nerve signals spanning from coin-sized links, which are a series of nerve threads with multiple probes and electrodes. Which are carefully threaded into the brain.

It’s like a stadium where each seat is a neuron firing and making noise. An EEG is like being outside the stadium and trying to understand what is going on inside the game. You can really only tell if a team scored or something exciting happened, but if you go inside the stadium the sounds become clearer and you can start to make more sense of play-by-play.

Go even closer and you can eventually ask a specific neuron what they think of the game. The orientation built into the Neuralink system is the ability to track things like temperature and pressure. It’s able to track a lot of things that your phone and smartwatch can do or as Elon put it “It’s a lot more complicated than that but It’s a lot like a Fitbit with tiny wires in your skull.”

The rationale behind collecting all this additional data beyond what the neurons are doing is the combination of all the collected data. Will someday unlock the ability to predict the early signs of dangerous conditions like stroke or heart attack.

Now it can also charge inductively like your phone or watch, so it should be easy to top off the charge every day, without the need to connect the physical wires via the body, but that’s how they establish the link. Which is absolutely amazing.

They have designed a robot that can accomplish the very delicate threading process needed to perform the incredibly small size and detail work that a human can reliably pull off. That’s why automated robotics is essential to do this quickly and safely.

The end goal is an automated surgery that can be done in less than an hour and don’t worry I won’t get a graphic with the actual description of the procedure, I don’t like that stuff myself. But it involves opening a small flap of your skull, drilling a small hole through the skull while threading the electrodes, and inserting links to fill the hole.

After the skin flap is sealed there is no indication that you have completed the procedure. And last year during a demonstration they showed off some pigs, one with an active neural link and another that had been removed to show how safe it was.

This may be the neural link in the active pig that connected neurons controlling the snout. So they were playing real-time audio signals to represent the data they were reading from the firing neurons.

They also demonstrated being able to predict the location of pig organs by interpreting neural data, which the link was receiving with high accuracy. Being able to read and understand one’s intention to move a limb could potentially be applied to restore movement to someone with paralysis.

But it’s not just reading the data that they’re focusing on, they also showed that each data channel is capable of writing to or triggering neurons by delivering an electrical charge. Again it can be used to treat any disorder.

The overall presentation was impressive and showed off their product design methodology by creating a system that is safe and easy to install when you have one and to remove and upgrade later.

It’s early days to turn decades of research into a working consumer product. Their initial goal is to use technology to help people with paralysis and injury get some freedom back. To be able to think of typing a message on your phone to actually do that.

Think about what you want to do on your computer and it happens like telepathy. The ultimate goal is to be able to help people with visual hearing or motor control issues.

Now Neuralink isn’t alone in this area, with companies like Paradromix in Austin Texas trying to help people with conditions like paralysis or blindness. Or Nurble which is a Boston-based startup focusing on EEG-style devices for controlling computer interfaces with a set of brain-sensing consumer headphones.

And an even more direct competitor to NeuraLink is Bios from the UK which is a similar implant technology to help enhance and improve various health conditions.

The biggest difference between the other companies at Neuralink is really their approach and vision.

Like every company of Elon, there’s some controlled chaos with the way it’s run. The engineering-focused first principles thinking, unreliable pressure cooker to push the envelope, and delivering on quick deadlines reportedly led to some internal conflict. Especially with some people who were more attuned to the methodological scientific research approach.

After his last public event, the event has received some notable criticism over what is possible to oversee. The MIT Technology Review published an article called Neuroscience Theater because none of what they proposed for the future has been done yet.

And what Neuralink showed was nothing new or unprecedented in BCI research. While the critiques weren’t necessarily wrong, many of them missed some nuances of the presentation.

It was stated several times in the presentation that it was a recruitment tool for more researchers, doctors, and engineers. Encouraging those who want to be part of building the future to join the team.

It wasn’t meant as a demo for the public to get excited about getting implanted in their heads tomorrow, Elon compared other consumer products like the fact that NeuraLink has 100 times the price of the next best consumer device. There are more data channels.

Going from research to product is a huge leap. Particularly in the medical field, we are still years if not decades away from the more aspirational things he talked about.

What Neuralink is doing to get a product from the lab to market is an uphill task. On the other hand, there were also voices that were heavily influenced by the presentation. I am amazed by the rapid progress in device architecture to enable seamless prototyping and pigs.

The best part was seeing the prediction of the movement versus the actual movement. In terms of technology 1024 channels are not that impressive these days, but the electronics to relay them wirelessly is state-of-the-art and the robotic implementation is good.

But this is where I start to struggle a bit and I’m really looking forward to seeing what you all say about it in the comments because I’m torn I’m so excited to see us What are you able to do as a species?

It is awe-inspiring when we set our minds on the fact that we are at the beginning of a journey of mapping the human brain and potentially healing diseases and disabilities.

Neuralink may not yet revolutionize specialized BCI research. But while they’re tackling the engineering feat of making it a reality, the potential that could happen down the road is as terrifying as it is amazing.

What would it mean if we could actually unload memories or load memories that are not even our own? I got a flashback to the movie Strange Days with Angela Bassett and Ralph, where there’s a black market for memory trading.

And the line between what is real and what is not like a fabricated memory really starts to blur. As I said this technology amazes and horrifies me at the same time as to what it could mean decades down the road.

It doesn’t help when I hear that Facebook is also working on BCI technology. Yes, I don’t want Facebook to be anywhere near my neurons which can turn into harmful waves or tsunamis.

At least “I mean it obviously sounds like a Black Mirror episode, but yeah essentially if you have the whole rain interface encoded in memory that you can upload. So you can basically save your memories.” And eventually, you can potentially download them for a new body or robot buddy. The future is about to get weird.

There is so much amazing potential for what NeuraLinks is working on to bring it closer to what it is today. I look forward to seeing and hearing future updates from the company as well as their competitors.

Thanks for reading till the end. Comment what’s your opinion about this extraordinary knowledge “Are We Ready For Elon Musk’s Neuralink Future?”.

3 thoughts on “Are We Ready For Elon Musk’s Neuralink Future?”