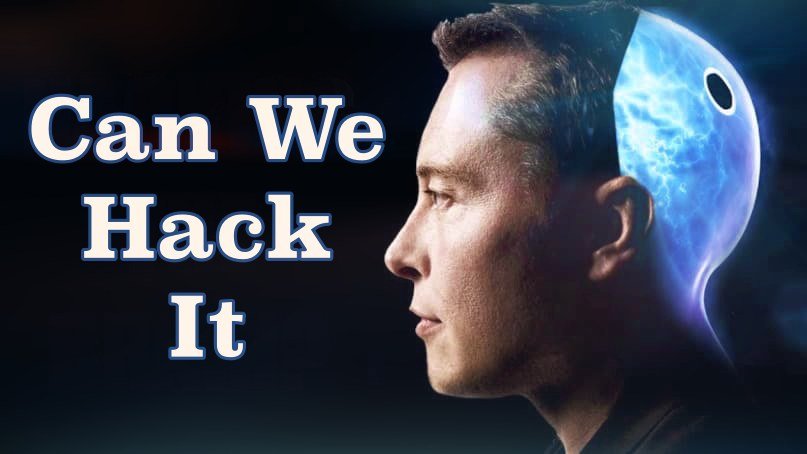 Can Elon Musk’s Neuralink Be Hacked: If you watched the movie The Matrix, Neo masters Kung Fu in a second by downloading the data from a PC using a brain-computer interface. Also in transhuman technologies, a chip is installed in the human brain so that we can directly communicate with each other and download the data from a central database or network.

Now, This is going to be a reality soon as Elon Musk announced his company Neuralink. The idea is to inject neurotechnology into the human brain that forms a mesh and mends with the brain which is called Neural Lace.

By connecting our brain to a PC we can download any information we want and upload selective data to the database. The goal of this company is to improve the cognitive thinking of humans so that we can compete with artificial intelligence which is going to be a big threat to the entire human race in near future. In short, we will turn into a cyborg.

The Neuralink idea sounds good but there are few issues with this kind of neurotechnology. If everyone is able to access all the information out there especially individual memories it’s going to rise curtains of the privacy issue.

Also, the big threat comes from hackers. If they can gain access to the brain via a Network they can control our brains. Well, that means Neuralink is going to be dangerous for us or not safe. But on the other hand, Neuralink Neural Lace tech improves the logical thinking and memory of individuals. Anyways, this is still science fiction.

So coming to our question, Can Neuralink be hacked? And the answer is Yes, hackers make a living by hacking the data of others and blackmailing them for money.

In the movie Transcendence, we have seen how we can hack an entire system through a neural network.

If a hacker gains access to your neural network, he will read your thoughts, who knows that maybe he can control your actions. So whatever is connected digitally can be hacked.

Nature balances everything. Evil and good coexist in this world. Similarly, we have developers and hackers. So in big tech companies like Amazon, Google, Youtube, Facebook, and Neuralink, there will be a security team whose sole purpose is to protect and counter internet threats.

6 thoughts on “Can Elon Musk’s Neuralink Be Hacked”