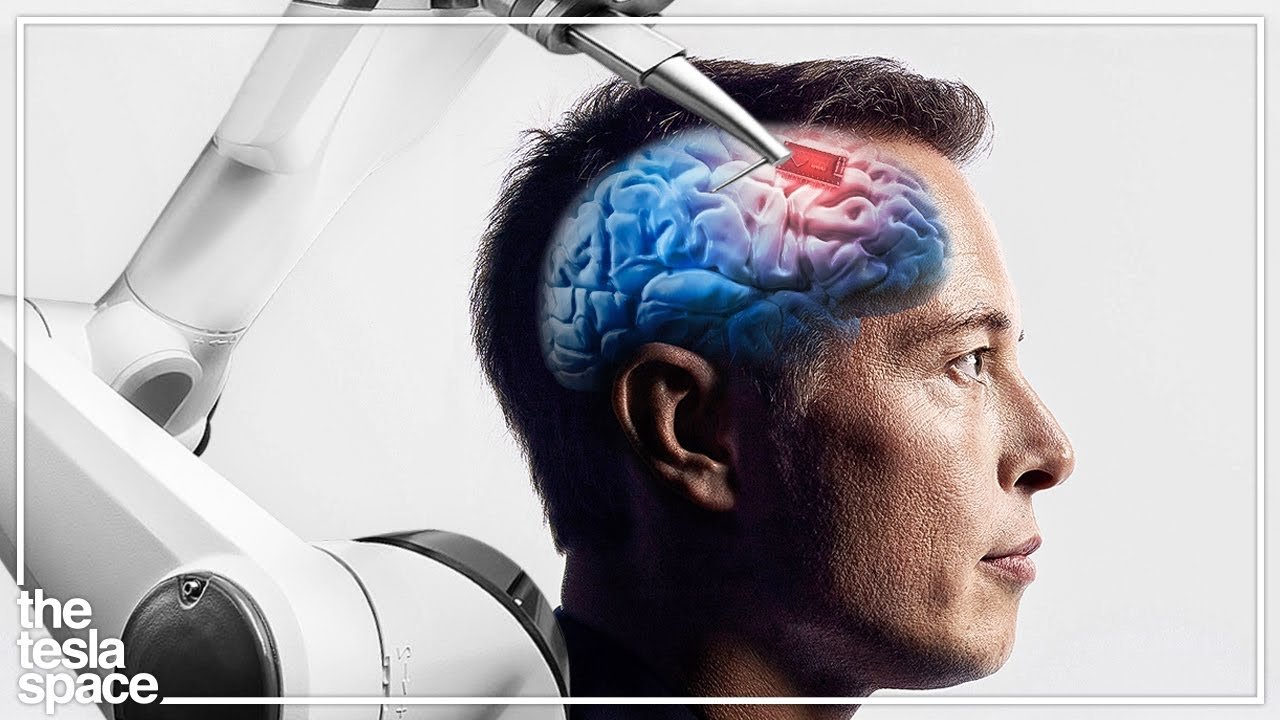 2022 is shaping up to be a very big year for the Neuralink Brain-Computer Interface. Elon Musk has been in the news and on Twitter talking about the company for the first time in a long time. And now Elon is telling the world that he expects the brain implant device to enter human trials sometime in the year 2022.

In 2020 we saw Neuralink in a pig, for 2021 we got the mind pong monkey. So a human candidate for 2022 would fit the pattern perfectly. And we are starting to see the brain-computer interface industry as a whole accelerating very quickly.

This technology is coming there’s no doubt about that, it’s just a question of when it reaches a viable level. So today we are going over the latest word from Elon Musk on the state of Neuralink ‘a look at where the company is at right now and the direction that BCI is heading in 2022‘.

In a recent conference hosted by the Wall Street Journal, Elon Musk was given just 60 seconds, to sum up, what Neuralink would be working on in 2022, which is obviously not enough time, and luckily for us, Elon elaborated longer on what he sees Nuralink being able to accomplish in the next year.

The biggest statement is that he expects human trials to go ahead within that time frame. Elon said:

“We hope to have this in our first humans which will be people that have severe spinal cord injuries like tetraplegics and quadriplegics next year pending FDA approval. He’s basing this confidence on the success that the company has already seen through their monkey experiments.

Elon said that Neuralink’s working well in monkeys and we are actually doing just a lot of testing and just confirming that it’s very safe and reliable and the Neuralink device can be removed safely.”

When it comes to safety Elon is assuring us that Neuralink’s standards for safety are much higher than what the FDA requires. He equated this to the approach that tesla uses with their crash safety, every tesla vehicle far exceeds the NHTSA standards for a five-star safety rating.

“I think we have a chance with Neuralink of being able to restore full body functionality to someone who has a spinal cord injury emphasis. on the chance of being able to allow someone who cannot walk or use their arms and legs to walk again naturally. I don’t want to raise hopes unreasonably but I’m increasingly convinced that this can be done.”

Elon continued the conversation later on his Twitter account. On December 6th a user wrote to Elon about Neuralink saying “I seriously hope it gets to the point where Neuralink could help my husband like with memory and delusions.’

‘Why not, the part of his brain that is dead just needs to be replaced’ Elon replied.

To say replacing faulty slash missing neurons with circuits is the right way to think about it. Many problems can be solved by just bridging signals between existing neurons. Progress will accelerate when we have devices in humans hard to have nuanced conversations with monkeys next year.

What he’s talking about here is the basic function of the brain which is transmitting electrical signals through a network of connected cells called neurons. There are 86 billion neurons inside your brain and they all serve a different purpose but most are constructed in the same general way.

There is a signal receiver called a dendrite, there is a central processor for the signal called soma and there is an output node called the axon.

The connection point between a dendrite and axon is called synapse signals from the axon, causing the synapse to release neurotransmitters which are small molecules that bind to the receptors on the dendrite.

And their open channel allows electrical current to flow through a neural network. The electrodes from a brain-computer interface that are placed near to the neurons can detect those activation signals as they flow into the synapsis and then by decoding those patterns of neuron activation, we can understand what signal the brain is sending to the body.

In people who experience brain injury or disease like this guy’s husband, there is a break in that network of connections. The signal is getting lost along the way, Elon is saying that in theory, we can just create an artificial bridge with electrodes that will carry that signal past the broken connection and get it where it needs to go.

That would not be easy to do by any means but it might be possible and that is what Elon stressed in a separate tweet writing “I am definitely not saying that we can for sure do this but I am increasingly confident that it is possible”.

It’s important to note that Neuralink isn’t necessarily trying to invent anything brand new, there have already been decades of research in academic labs in the field of brain-machine interface or brain-computer interface. And many of the applications that Neuralink is hoping to achieve have already been confirmed in academic studies. What sets Neuralink apart is its advancements in material science automation and chip technology.

There are a few devices right now that are approved for recording and stimulating the human brain. These are used primarily in a field called deep brain stimulation which can be used as a treatment for neurological disorders like Parkinson’s disease.

These devices use between four and eight electrodes on relatively large wire leads about 800 times thicker than a neural link thread. There are other devices being used in clinical trials for BCI movement control or sensory restoration but none of these devices have more than a few hundred electrodes and they are all either placed on the surface of the brain or in fixed arrays of single rigid electrodes.

The Neuralink device uses over 1000 electrodes on ultra-thin and flexible threads that are individually placed to avoid blood vessels and best cover the brain region of interest. so Neuralink is driving much more signal through a much smaller device.

Instead of sitting on top of a patient’s head and being hardwired into a computer, the Neuralink Chip will sit inside the skull and connect with Bluetooth. The existing technology only works inside the laboratory or hospital setting while the Neuralink can come home with the patient and be used by them throughout their day-to-day lives.

And the Neuralink does not even require a brain surgeon. The company’s automated robot design imaging systems and software can precisely and efficiently insert the threads through a single eight-millimeter skull opening while avoiding blood vessels on the surface of the brain.

So what we can expect to see from the first human trials of the Neuralink device is going to be an interface between the brain and an electronic device. Neuralink is developing an ios app that will connect to the linked implant through Bluetooth.

The app is designed to guide the user through exercises that teach them how to control the iPhone with thought alone users would initially learn to control a virtual mouse. Then later as they get more practice and Neuralink’s adaptive decoding algorithms continue to improve.

They expect that users would be able to telepathically control multiple devices including a keyboard or a game controller.

Like we said a lot of these applications are already being tested through other BCI devices. So we have a kind of baseline for Neuralink to match up to.

Dr. Krishna Chinoy is a professor at Stanford University and a Neurolink consultant. He recently gave a presentation of the state of the brain-computer interface that included this really interesting chart of how BCI input measures up against our traditional physical interface. So the average human writing by hand with a pen can communicate 13 words per minute.

Using a touch screen keyboard we can get that up to 20 words per minute and a professional writer with a physical keyboard can hit 75 words per minute. Using the current brain-to-text software with an invasive BCI implant as of a may 2021 study, users were able to achieve 16 words per minute that is where we are at right now with BCI technology.

It allows people to communicate faster than handwriting but not as fast as typing with your thumbs on an iPhone. Neuralink states that its goal is to build a system with at least two orders of magnitude more communication channels than current clinically approved devices.

And to put that into perspective we can go back to our words per minute chart. If Neuralink can improve on existing brain-to-text performance by even one order of magnitude that will bring the rate up to 180 words per minute.

The same chart shows conversational speech measured at just 150 words per minute and again a very big if, but if Neuralink can live up to expectations or even close to expectations then we basically have a method of communication with higher bandwidth than human speech which is pretty trippy. And this is what Elon is getting at when he talks about Neuralink helping us to achieve a better symbiosis with artificial intelligence.

We’ve already become cyborgs in a sense through our connection with phones and computers. They have become an extension of ourselves in day-to-day life but we still suffer from a very low bandwidth of communication.

Through just our thumbs on a keyboard, we are at 20 words per second increase to 60 now with the predictive text algorithms but it’s still not much by comparison to the rate of human speech or especially to human thought.

Neuralink is currently focused on making medical devices treating people with injuries and neurological disorders by bridging those broken connections in the neural network that can be from the brain to a limb or the brain to a computer or even just one part of the brain to another.

Within the next few years, we’re about to get very good at decoding the electrical signals within our neurons and once we know how that code is supposed to work, we can start to identify the errors and correct them.

Neuralink believes that as these devices continue to scale and they learn to communicate with more areas of the brain, they’ll discover new non-medical applications for the link implant.

Neuralink’s long-term vision is to create BCI’s that are sufficiently safe and powerful that healthy individuals would want to have them as well. Again like Elon has been saying lately this is all stuff that we can probably do but is not guaranteed to be possible.

Thanks for reading till the end. Comment what’s your opinion about this information “Neuralink 2022 update“.